OUR STORY: The American Dream 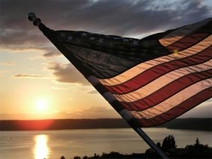 United Oil Co. Inc. is a family owned and operated private company that began its journey in the retail motor fuel convenience store business in 1982 in Tampa, Florida. The company was founded by owner and operator Hamid Ghannad, a Persian native who moved to the United States of America to seek opportunity for himself, his wife, and newborn daughter. Hamid sought employment as a waiter in order to support his family and fund his college education, while following “the American Dream”.

He studied at the University of South Florida with concentration in Medical Technology. Hamid needed additional income to support his growing family; therefore he applied and was hired to work full-time at Bay Front Medical Center as a lab technician. He worked the “grave-yard” shift and after only ONE night of work, he threw in his scrubs and kept his apron and decided the medical field was not the path for him. His drive, dedication, and determination are what promoted him to head waiter and later to head chef. Hamid comes from a long line of chef’s and bakers in his family; he was no stranger in the kitchen.

In 1982 he decided to make his first investment, he chose a gas station in Tampa, Florida. By 1984 he acquired another location and by 1997 he owned, operated, and managed 12 locations.

Hamid proceeded to start his own motor fuel wholesale distributorship in 1993 by forming Golf Oil Corporation a petroleum marketer and Wholesaler Company and H & S Realty & Property Inc. a real estate holding company. The corporation name was changed to United Oil Co. Inc. in 2003 to avoid name confusion with Gulf Oil Corporation, and has been in business continually since that time.

Today, H & S Realty & Property, Inc. owns 25 locations and leases these properties to independent operators, the majority of which are gas stations and others are various commercial real estate. United Oil not only supplies motor fuel to these gas stations we also sell directly to Independent dealers. As of 2013, United Oil supplies gasoline and diesel to 60 gas stations all across Florida.
​
In addition, we are a proud partner with industry leaders that include Chevron, Texaco, Sunoco, Citgo, Liberty, and Subway. These partnerships allow United Oil to offer brands to consumers that have stood the test of time.

Hamid resides in Tampa, Florida with his wife of 35 years and together they have four children and one grandchild. On his down time he enjoys playing ping pong, racquetball, gardening, spending time with his family and friends, and listening to his favorite Persian classical music.